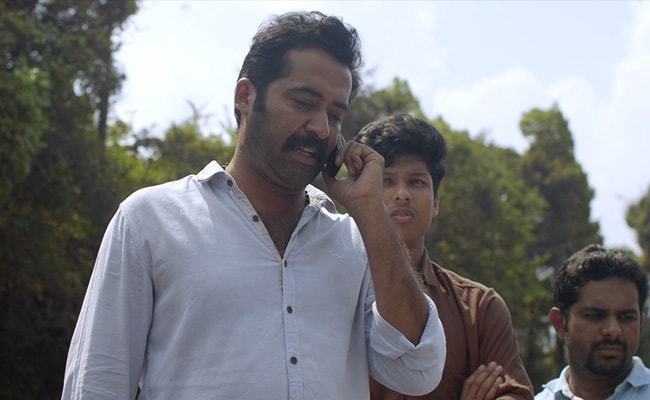 (Paka: River Of Blood premiered in the Discovery section of the 46th Toronto International Film Festival)

Vengeful, cross-generational bloodletting between two families assumes an insistent, near-ritualistic inevitability in debutant Nithin Lukose’s Paka: River Of Blood, a Malayalam film that plays out in a picturesque but doleful part of Kerala’s Wayanad district. Usually, a river is a giver. The one in Paka extracts a high human toll. Why and how it does so is what this diligently crafted, genre-smashing film enumerates.

Paka enmeshes conventions of a revenge saga with the meditative methods of a socio-historical chronicle. Adopting largely naturalistic means to contextualize an enmity rooted in the past but still raw and powerful, Paka articulates the anger and agony that attends every act of violence perpetrated in the time-span that the film straddles as well many others committed in the decades gone by, which the script repeatedly alludes to. 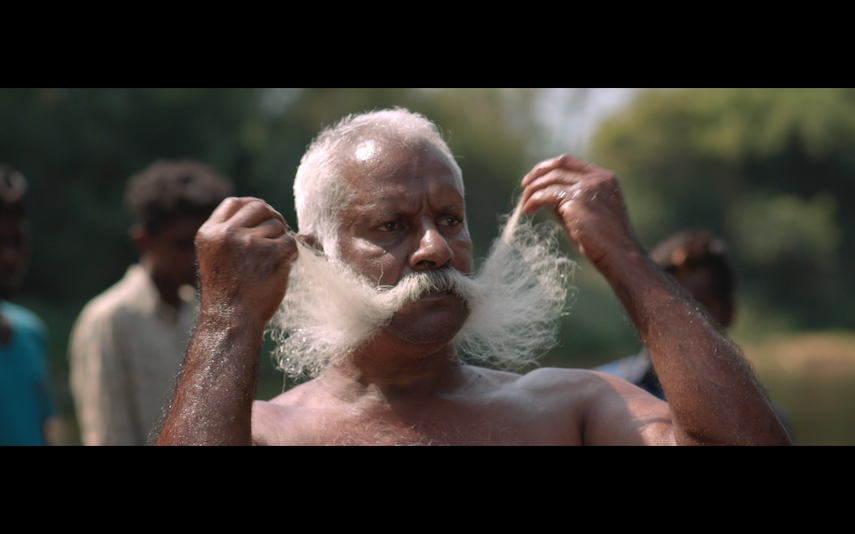 Lukose, also the writer of the film, does not treat violence as spectacle, as something to derive entertainment from. Instead, he places the unending blood feud within a distinct moral ambit and against the backdrop of the turbulence that the seemingly serene town has been witness to for many, many years.

Lukose, an FTII alumnus who designed the sound for films like Raam Reddy’s Thithi and, more recently, Dibakar Banerjee’s Sandeep Aur Pinky Faraar, grew up in the town in which Paka plays out. “Inspired by stories heard from my grandmother”, he places the recurrent violence in the context of a loop imposed upon his hometown by circumstantial realities.

Kallody is a town to which thousands of people from central Kerala migrated between the 1940s and 1970s, waging a war (with the elements and the earlier settlers) for survival and stability during the process of relocating and assimilating.

All through the film – its climax pans out during an annual Church festival – local bands rehearse and the devout make preparations for the big day. The beats of drums and the sounds of other musical instruments are punctuated by voices of WWE commentators emanating from blaring, unseen television sets. The countrified and the corrosive, the timeless and the tethered clash in a misty setting that hides its inner turmoil very well. 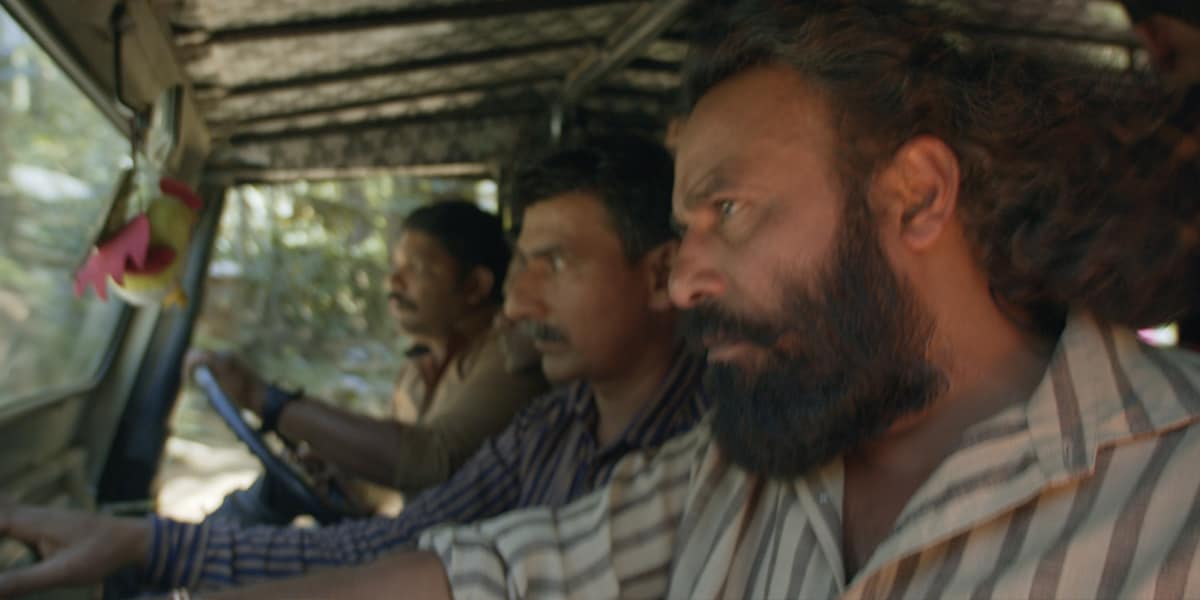 Like the town through which it runs, the river is in the grip of a bloodlust that has persisted over the decades. Lukose obviously knows the ins and outs of the locales. He isn’t interested, therefore, in dazzling the viewer with fancy camerawork or long, flashy, self-conscious single takes, the wont of many a contemporary Malayalam film.

The performances by the cast, a blend of amateurs and professionals, capture the everyday rhythms of the region even as the actors rise to the challenge of fleshing out characters who are caught in situations that are anything but ordinary.

Even when he is dealing with a moment, Lukose is acutely aware of the continuum that each fleeting moment is a part of. Paka isn’t like a river in spate – which is what a lot of vengeance dramas tend to be – but a gently flowing stream. The tension and the air of foreboding spring from the deep-down undercurrents pretty much like the bodies that master swimmer Jose fishes out from the river ever so often. 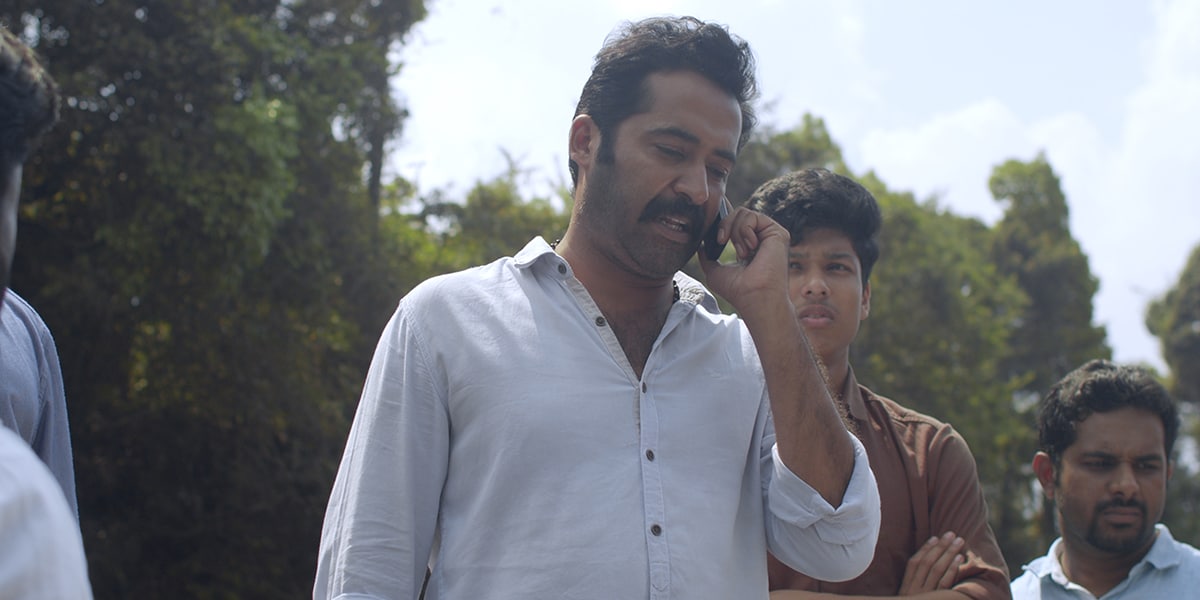 The scenes aren’t sought to be packed into the 101-minute film simply for effect. They are allowed to breathe and express their expanse. They serve to gradually and steadily build an atmosphere in which courage and tenacity sit cheek-by-jowl with tragedy and brutality. Paka has the heart of a ‘gangster’ movie but the spirit – and the body – of a cinematic work that believes in contemplating the human cost of violence that transcends time.

The film opens with a body being fished out of the river by an old man with a wavy white moustache. Another old man sits on the other bank listening to live cricket commentary on a transistor. That this is just another routine day in the life of Kallody is established by the latter playing the trumpet as the body of a murdered man is pulled out of one of the river’s infamous trenches and laid on the ground for identification.

Schoolboy Paachi (Athul John) returns home and informs his grandmother about what he has just seen. Another man down, another number added to an ever-lengthening list, but life goes on in the lush environs of a town that conceals a bruised, bloodied heart.

As it does for Paachi’s elder brother Johnny (Basil Paulose). He is in love with Anna (Vinitha Koshy), a woman from the rival family. Big trouble brews when the man’s uncle Kocheppu (Jose Kizhakkan) returns to the town after serving a prison term for a murder that has aggravated the animosity between Johnny and Anna’s families.

Paka departs from the norms of revenge tales in a significant way: Kocheppu isn’t the conventional masculine, remorseless killer that murder convicts such as him are usually cracked up to be. Like Johnny, he has inherited a legacy of violence that he is unable shrug off. He has a soft core that is at variance with what fate has pushed him into. Will history repeat itself in the case of his nephew Johnny as well or will love conquer hate? In Kallody, the chances are slim. For nobody out here is above reproach, certainly not the men in Anna’s family.

Paachi’s ageing, ailing grandmother, whose face we never see, is the voice of doom that never stops reminding the young boy not to forget his duty to his family. The old lady has obviously seen a great deal of violence and endured a lot of loss in her time. Her voice has a cold, emotionless ring to it. The river is thirsty, only blood can quench its thirst, she tells Paachi.

At the other end of the spectrum is Anna, a much younger woman who has a stake in the future and wants it to be different from the past. She symbolizes hope and positivity. But will her Romeo-and-Juliet story end well when murderous men call the shots? Will Johnny’s intrinsic pacifism ease matters for the couple and the two families? 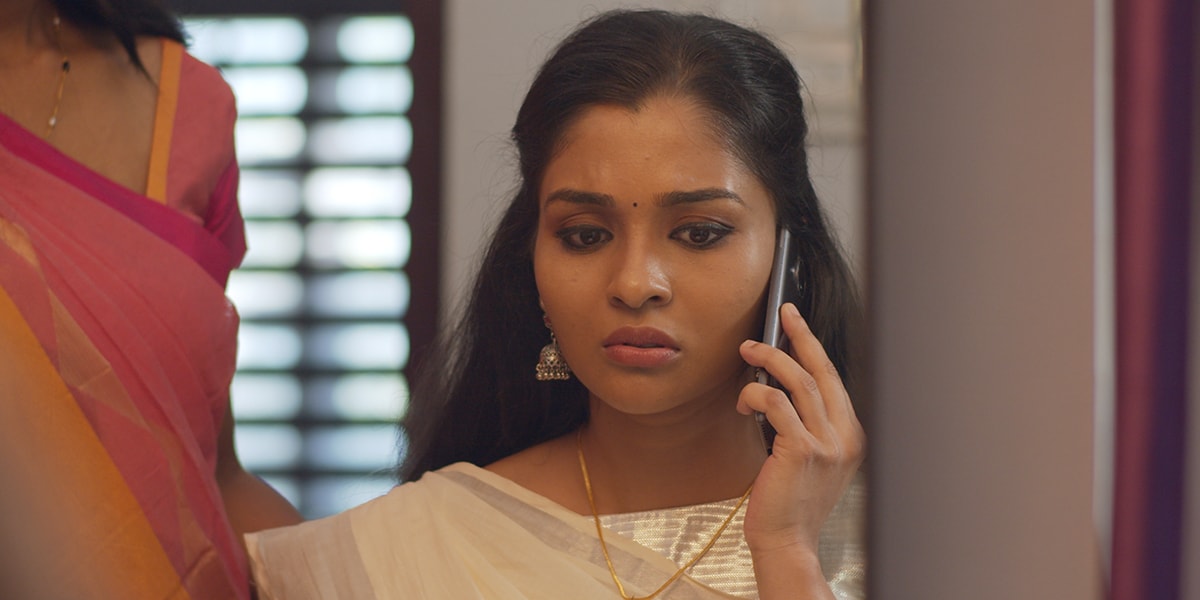 Paka has layers, and questions crying out for answers, that free it from generic limitations. It isn’t a film simply about guns and guts. It is about lives blighted. No matter what, there is no escaping the cyclical nature of violence.

Paka, which premiered at the 46th Toronto International Film Festival on Monday, is a riveting examination of souls sullied by hate but not entirely impervious to the possibility of peace. A marital union is secretly registered amid all the hostility. Another is tremulously proposed by a man to a sex worker, the first woman he meets in 15 years, only to be summarily scuttled.

This, one must remember, is a landscape where a quietly flowing river always lies in wait for its next victim. Writer-director Nithin Lukose captures the disquieting dichotomies of the space in a style that suggests exceptional, but refreshingly unshowy, control over the medium. Without a shadow of doubt, this is a film, and a filmmaker, to watch.